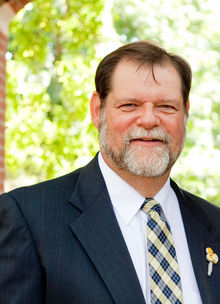 Michael Donald Morrison was born December 12, 1952, to Donald and Jean (Maddocks) Morrison in Creston, Iowa. He was raised in Omaha and graduated from Westside High School in 1972. He then attended the University of Nebraska in Lincoln and graduated with a degree in architecture. In 1972 he started working for the National Park Service and in 1979 at the U.S. Army Corps of Engineers. On September 17, 1983, Mike married Linda Vannier at the First United Methodist Church in Omaha. The couple lived there until 1991 when they moved to Woodbine. The couple purchased Countryside Hallmark Store. Linda operated the store and Mike repaired clocks in the evening and weekends. Mike also taught CAD Graphic classes at Metro Community College since 1992.

Mike was a member of the First United Methodist Church in Woodbine. He served on various committees and most recently the chairman of the administrative board. He served at the district level on the Southwest District Trustees Building Committee. Additionally, Mike volunteered on the Woodbine Fire & Rescue and was active in the Czech Civic Alliance.

Mike died on Wednesday, August 3, 2016, at Bergan Mercy Hospital in Omaha, Nebraska at the age of 63 years, seven months, and 22 days.

To order memorial trees or send flowers to the family in memory of Michael Morrison, please visit our flower store.