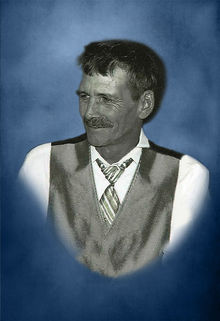 Michael Lewis Sneed was born September 15, 1957, to Jerry and Lois (Cornell) Sneed in Albany, Oregon. He was raised in Oregon. Michael held many jobs. In Albany, Oregon he worked at a frozen foods company. He worked at See's Masonry in California. On July 25, 1980, Michael married Sherry Belcastro in Albany, Oregon. The couple moved to Woodbine, Iowa in 1995. Michael worked at Forest Lawn Cemetery in Omaha, the Dunlap Care Center, and he and his son, Craig, worked construction for SWI.

Michael loved to camp and fish and collecting things. He also enjoyed going to swap meets and garage sales. Most of all he enjoyed spending time with his grandkids.

Michael died on Wednesday, December 23, 2015, at Mercy Hospital in Council Bluffs, Iowa at the age of 58 years, three months, and eight days.

To order memorial trees or send flowers to the family in memory of Michael Sneed, please visit our flower store.