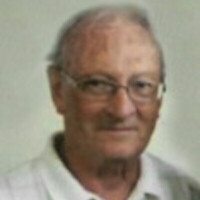 Norman Fay Price was born July 10, 1934 in Plattsmouth, Nebraska to Clarence and Marguerite (Hall) Price. He spent his childhood years around the Glenwood and Pacific Junction, Iowa area, and then his family moved to Council Bluffs, Iowa. He graduated from Thomas Jefferson High School in Council Bluffs in 1953.

On November 14, 1953 he married Beverly Clarey at the First Congregational Church in Council Bluffs. They had three children, Robin, Jeffrey, and Jennifer.

Upon discharge he was employed by Collins Radio Co. in Cedar Rapids, Iowa. He always liked Dunlap, Iowa where his wife was from, so they moved there in 1965. Norm owned and operated Dunlap TV & Appliance, and Woodbine TV & Appliance.

In 1980 he became employed at Crawford County Memorial Hospital in Denison as a Bio-Med Tech. He retired from the hospital in 1994 and moved to Holt County, Missouri in 2012.

Through the years he and his wife enjoyed spending many winter months in South Padre Island, Texas. Norm enjoyed woodworking in his shop, making many beautiful things. His specialty was dollhouses, and he spent many hours on these. He also loved to cook and enjoyed sharing his homemade soups, chicken and noodles, etc. with friends. He enjoyed his many buddies at the morning coffee klatch. Norm was an avid reader and kept the library busy. Norm was a caring, loving husband and father. He loved his Lord and was a faithful servant.

Norman passed away on Sunday, May 30, 2021 at an Oregon, Missouri healthcare facility.

Preceding him in death were his parents; a son-in-law, Terry Fetterman; two sisters and their husbands, Melva (Jack) Fields and Shirley (Lloyd) Clark; and brother-in-law, Dick Krause.

Memorials may be directed to Freudenthal Hospice, Rehabilitation Services for the Blind or CrossPointe Church missions.

To order memorial trees or send flowers to the family in memory of Norman Price, please visit our flower store.