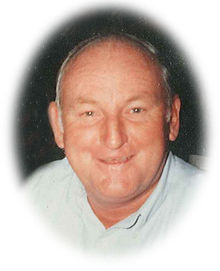 Patrick David Krohn was born May 11, 1937, in Galesburg, Illinois to Floyd and Eugenia (Woolsey) Krohn. He was raised in East Galesburg and attended school at East Galesburg Elementary and Knoxville High School. He operated the Gulf Gas Station in East Galesburg with his brother, Bub. He also served as the Fire Chief in East Galesburg for 20 years. In 1959, Pat married Sandra Voeller; to this union five daughters were born, Jeanie, Tresa, Kristy, Carla and Kathleen. Pat worked at Gates Rubber Company and for the railroad. He also fabricated his own design for a sprint car and was a mechanic for race cars for a number of years. Pat moved to Denver, Colorado in 1983 and worked for Quality Cable. In 1988 he met Margaret Leibold and the two have been together since 1990. The couple lived in Denver until 2006 and then moved to Dunlap, Iowa.

Pat was a member of the Lion's Club in East Galesburg, where he had served as the club president. In Dunlap he held the honorary title of "Biggest Liar" at the Liars' Club Coffee Table. Pat loved to socialize and drink coffee with his friends. He would always hand you a lifesaver when he saw you.

Pat died on Sunday, January 26, 2014, at the Crawford County Memorial Hospital in Denison, Iowa at the age of 76 years, eight months, and 15 days.

To order memorial trees or send flowers to the family in memory of Pat Krohn, please visit our flower store.