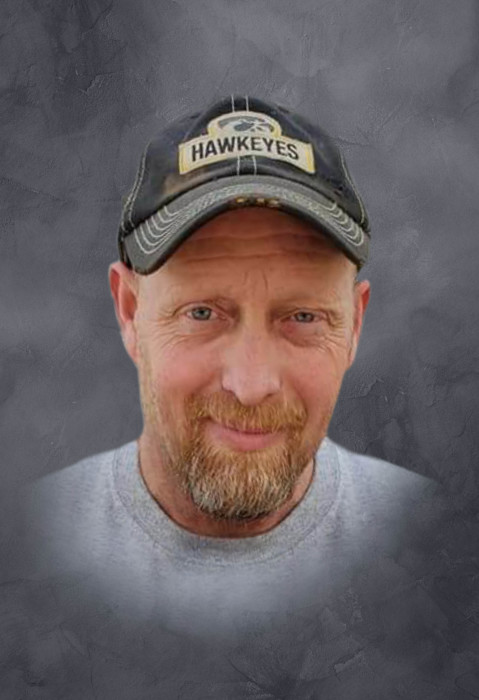 DUE TO FEDERAL AND STATE GUIDANCE ON GATHERINGS DUE TO THE COVID-19 PANDEMIC, THE FAMILY WILL BE HAVING A PRIVATE MEMORIAL SERVICE.

YOU MAY FEW THE SERVICE AT FROM THE RED BUTTON BETWEEN THE VISITATION ANS SERVICE INFORMATION BELOW.

THE VISITATION IS AN OPEN VISITATION. HOWEVER THE FAMILY WILL NOT BE PRESENT.

WE WILL LIMIT THE NUMBER OF PEOPLE IN THE FUNERAL HOME TO NO MORE THAN 10 AT ONE TIME.

Rex Allen Baxter was born on October 11, 1969, in Sioux City, Iowa to Dennis and Carolyn (Wendt) Baxter. He grew up in Woodbine and graduated from Woodbine High School in 1988. After high school, Rex worked at Westendorf in Onawa, Iowa, and later worked at Coneco in Blair, Nebraska. He started at Tommy Gate in 1997. Rex married Kandy Morrison in 2000, and they had one daughter, Sonya.

Rex loved to hunt, work on vehicles, work on his barn and drink beer with his friends. He enjoyed    following the Iowa Hawkeyes and Pittsburg Steelers. He enjoyed smoking meat on his wood pellet smoker. Rex was proud of his daughter Sonya and loved to follow her sporting events and other activities she was in. Most recently he cherished the time he would get to spend with his granddaughter, Avalon.

Rex died on Wednesday, April 8, 2020, at the Nebraska Medicine in Omaha, following an accident at his acreage, at the age of 50 years, four months and 26 days.

Rex donated his tissue, long bones and the corneas of his eyes to help others.

To order memorial trees or send flowers to the family in memory of Rex Baxter, please visit our flower store.