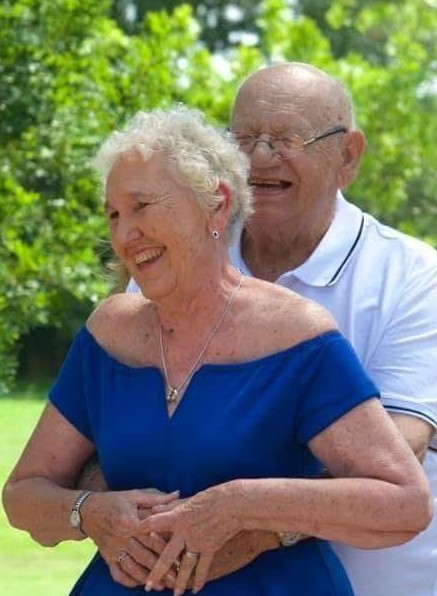 DUE TO FEDERAL AND STATE GUIDANCE ON GATHERINGS DUE TO THE COVID-19 PANDEMIC, MASKS ARE REQUIRED AT THE MEMORIAL MASS.

Robert Charles Koesters was born on March 1, 1942 in Earling, Iowa to parents Anthony T. and Johanna (Zimmerman) Koesters. Bob attended St. Joseph Catholic School in Earling and served in the United States Navy from 1960 through 1964. While in the Navy, Bob met Jacqueline Young on a blind date. They married just 21 days later, on December 21, 1962, in Bainbridge, Georgia. They started their family life in Florida and in 1974 they moved to Indiana. Two years later, they moved to Dunlap. Bob worked as an electrician at the IBP Hide Plant in Denison before started his own company, Koesters Electric.  A few years later, Bob joined Bonsall’s TV and Appliance Store in Dunlap. After retiring from Bonsall’s, Bob worked part time at Sullivan Supply to stay busy. Bob and Jackie were members at St. Patrick Catholic Church in Dunlap and also attended St. Rosa of Lima Catholic Church in Denison.

Bob could fix anything; he was always tinkering in his garage, even building his own boom truck. He enjoyed camping and his many traveling adventures with Jackie, the girls, and his grandchildren. Bob loved to play cards, dominos and poker.  He thoroughly enjoyed his routine get-togethers with his siblings, as well as morning coffee with friends.  He was ornery and sarcastic, and well-loved.

Bob was preceded in death by his parents, wife, Jackie on August 6, 2020 and brother, Alvin (Oscar) Koesters. He is survived by his three daughters, Melinda and Tom Cowin of Topeka, Kansas, Jodie and Mark McGuire of Fort Dodge, Iowa and Carol and Dave Wiges of Denison, Iowa; eight grandchildren; three great-grandchildren plus one on the way; siblings, Francis Koesters and his wife Mary Ann, Madonna Kramer, Janice and her husband Pete Mahlberg all of Earling, Iowa and Alice and her husband Harold Schwery of Westphalia, Iowa and many other relatives and friends.

Fouts Funeral Home in Dunlap is in charge of the arrangements.

To order memorial trees or send flowers to the family in memory of Robert Koesters, please visit our flower store.