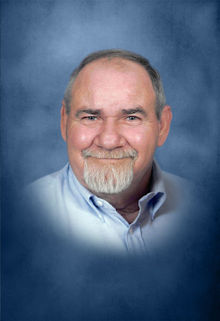 Ronald Eugene Little was born September 21, 1943, to Lavern and Pearl (Atwell) Little in Blencoe, Iowa. Ron grew up in Blencoe and attended school there. Ron then held various jobs including being a welder at NASA in Florida. Ron married Cheryl Melby on November 14, 1965, at the Soldier Lutheran Church. Ron sold cars for a number of car dealerships, including Baxter's and Bob Anderson Ford in Missouri Valley. He then owned a gas station in Soldier and also sold cars from there. Ron and Cheryl lived in various locations before settling in Soldier 40 years ago. Cheryl died May 12, 2015.

Ron loved to buy and sell things. In fact, everything Ron had was for sale. He liked to hunt pheasants and ducks, and he really enjoyed camping and fishing especially in Pierre and Chamberlain, South Dakota.

To order memorial trees or send flowers to the family in memory of Ronald Little, please visit our flower store.