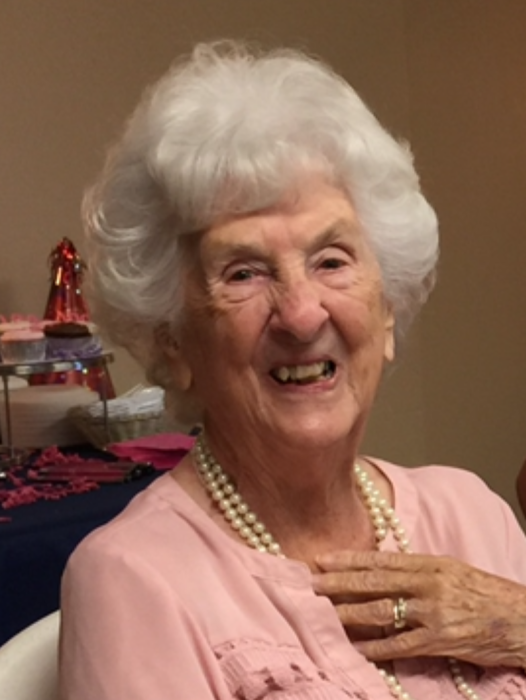 Ruth Sabilla Rannells was born on August 16, 1917, to James Arthur "Art" and Leeta (Calhoon) Rannells, on the Rannells home farm outside Dunlap, Iowa. She attended country school and then graduated from Dunlap High School in 1935. Ruth attended Iowa State College for Teachers Training. She taught at a country school until getting married. On May 17, 1942, Ruth married 1st Lt. Arthur S. Roberts at the Rannells Homestead. She was proud to be an officer’s wife and went with Art when he helped oversee a POW camp in Algona and then when he oversaw  the building of a POW camp in New Ulm, Minnesota.  Later Art shipped out to the Philippines and Ruth returned to Dunlap. After his honorable discharge in 1946, they purchased the farm southeast of Dunlap where Ruth was still living. Art died on December 17, 1983. Ruth married Lawrence Heller on November 3, 1989. Lawrence died on March 22, 2000.

Ruth was a member of the Dunlap United Methodist Church. Ruth cherished her family and was a wonderful homemaker and mother. She was proud of her children, grandchildren and great-grandchildren. Ruth was also very honored to be a farmer’s wife. She was proud to be an American and enjoyed traveling our great country and she always had a bag packed so she was ready to go. Ruth loved to go to Florida in the winters. She cherished walks on the beach and loved the ocean. She especially loved sunrises over the ocean and the beautiful sunsets at the farm. Ruth loved music and dancing. She also enjoyed horseback riding and going out to eat.

To order memorial trees or send flowers to the family in memory of Ruth Roberts Heller, please visit our flower store.