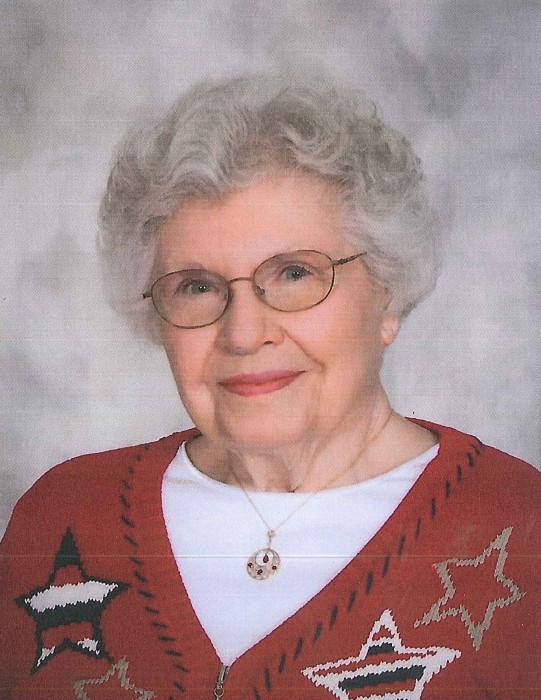 Ruth Marjean (Hall) Sherwood was born in Dunlap, Iowa, on February 15, 1931. She was welcomed into this world by parents, Robert Newton and Nettie Faye (Howe) Hall and older brother Merwin. Ruth attended and graduated from Dunlap Community High School in 1948. Upon graduation, she moved to Des Moines, Iowa, and found work in an office. While working in Des Moines, she was introduced to the love of her life, John Keith Sherwood. Ruth and Keith (as he preferred to be called) were married in July of 1951.

Ruth and Keith moved several times as Keith’s job dictated, settling in Cushing, Oklahoma, where their daughter, Ann Jane, and son, James Keith, were born. Several more moves were to follow, and son, Kenneth Dale, was born in Kansas City, Missouri. While living in Grand Forks, North Dakota, Keith succumbed to Leukemia.  Ruth moved the family back to Dunlap, to be near her parents and brother. All three children graduated from Dunlap Community High School.

Ruth’s great joys came from several community services.  She was proud of the fact she was president of the school board when the Dunlap Community Schools decided to expand, renovate and add to the existing school, becoming Boyer Valley Schools. She worked tirelessly trying to keep the project within budget and get the most value for every dollar spent. Upon retirement she found great joy in puttering in her flower bed and garden. She could always be found working at the polling station any time there was an election. She greatly enjoyed the potluck meals that poll workers would provide for themselves, and getting to meet friends, neighbors and new people in the community as they came in to vote.

Ruth succumbed to cancer on September 19, 2019, after only 2 days in the hospital.

A memorial service is planned for Saturday, October 19th, at 10:30, at the Dunlap Methodist Church. A Luncheon in the church basement will follow. Although Ruth loved her flowers, her practicality showed when she requested that instead of flowers, donations to the Dunlap Methodist Church in her name be made. Her hope was to have donations used for any upgrades needed to the basement kitchen facilities.

To order memorial trees or send flowers to the family in memory of Ruth Sherwood, please visit our flower store.