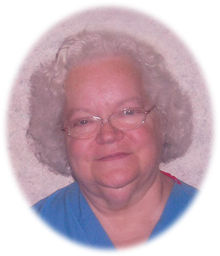 Sandra Diane (Yeshulas) Van Houten was born on June 21, 1939, to Roman and Gladys (Talton) Yeshulas in Boston, Massachusetts. She was raised in Boston and graduated from East Boston High School. She then joined the United States Army and proudly served her country from 1957~1959. Sandra met Vernon Van Houten in the Army and the two were married on November 1, 1958. The couple moved to Pierson, Iowa and then to various places before moving to Dunlap in 1970. Sandra worked at a number of places before going to work for the Dunlap Nursing and Rehab Center in 1979. She worked there for 27 years and retired in 2006.

Sandra enjoyed crossword puzzles, crocheting, bingo, cooking and baking pies. She loved spending time with her family and grandchildren as well as her three cats.

Sandra died on Sunday, February 24, 2013, at the Creighton Medical Center in Omaha, Nebraska at the age of 73 years, eight months, and three days.

To order memorial trees or send flowers to the family in memory of Sandra Van Houten, please visit our flower store.