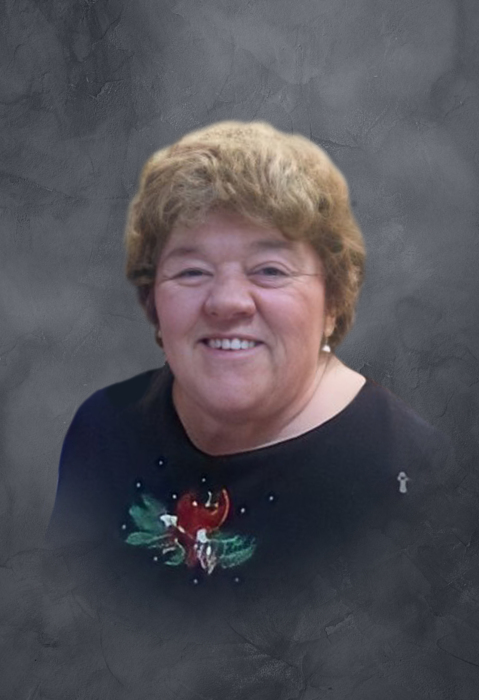 Shirley Marie Maschino was born on October 23, 1947, in Audubon, Iowa to Lawrence and Phyllis (Moad) Means. She attended school in Jefferson and Ida Grove and eventually graduated from Omaha Tech High. Shirley was united in marriage to Paul Maschino in November of 1964.  The couple moved to Missouri Valley in 1975. Shirley held a few summer jobs such as waitressing and selling insurance, but her most important and most cherished job was that as a wife and mom. She made sure that her family always came first. After their children were grown, Shirley worked as a bill collector.

Shirley enjoyed cooking and making Christmas cut-out cookies. She was a very organized person and took pride in her house. She enjoyed bowling and was a bowling coach for many years at the Tamarack in Missouri Valley. She also loved playing BINGO and was an amazing storyteller. Most of all, Shirley loved caring for her family.

Shirley is preceded in death by her parents; sister, Donna Means; and brother, Gerald Means. She is survived by her husband Paul Maschino of Woodbine; children, Steve Maschino and his wife Lynn of Crawfordsville, Indiana and Pam and her husband Craig Kerger of Woodbine; grandchildren, April Maschino, Kylie Kerger, Brianna Wagoner, Hayley Kerger and Shane Wagoner; great-grandson, Caleb Maschino; sister, Sheryl and her husband Duane Eaton of West Covina, California; brothers, Larry Means and his wife Corrine of Onalaska, Wisconsin and Phillip Means of Ida Grove, Iowa; and many other relatives and friends.

To order memorial trees or send flowers to the family in memory of Shirley Maschino, please visit our flower store.