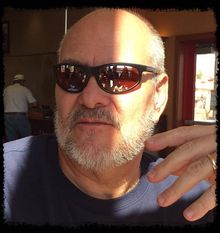 Todd Melvern Musgrave, 58, went home to be with the Lord unexpectedly the morning of April 10, 2016, at his home in Fountain, Colorado. Todd was born April 4, 1958, in Omaha, Nebraska. He lived in Council Bluffs, Woodbine, and Missouri Valley, Iowa before moving to Colorado in 1986. Todd joined the United States Army in December of 1987. He was stationed at Fort Carson, Colorado until he was honorably discharged in December of 1991. It was during this time he met his wife, Debbie. Todd and Debbie were married July 20, 1990, at The Christian Church of Security (now Pikes Peak Christian Church) where they have attended since 1989. Todd was an active member of the church serving in several capacities: Sunday School Teacher for youth and adults, elder, and leader of the short-term Mexico Mission Trip. He was a devoted husband, father, and grandfather who loved his family and friends. He touched many lives and will be very dearly missed by all. Todd is survived by his loving wife Debbie of Fountain, brother; Benn (Suzie) of Palmer Lake, beloved children; Shane (Amber) of Sioux City, Iowa, Steven of Colorado Springs, Samantha of Fort Bragg, North Carolina, Sheyenne of Fountain, Saxon of Fountain, five grandchildren; Noah, Landon, Olivia, Sophia and Jocelynn, and many cousins, nieces, and nephews.

To order memorial trees or send flowers to the family in memory of Todd Musgrave, please visit our flower store.