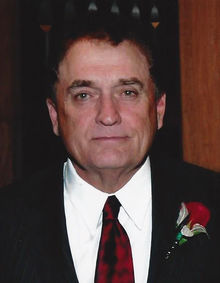 Walter Edward Brummer lived his life with faith, hard work, compassion, love of family, and good times. His midwife grandmother, Magdalina (Schaben) Feser delivered Wally into this world at her home in Defiance, Iowa on February 9, 1947, to Edward & Mary (Feser) Brummer. Wally grew up on a farm in rural Dow City, Iowa. He excelled in sports and FFA as a young man. He beamed when talking about his high school football team going undefeated his senior year. After graduating from Dow City-Arion in 1965 the military came calling and Wally served in the U.S. Army from 1966-1968. On February 7, 1970, Wally was united in marriage with Susanne Loutsch. He dreamed of a house full of boys he could teach to farm and play sports. Fate had other plans as he gave up after his four daughters were born. He did gain his 2 sons with Brad joining the family in 1996 and Ed in 2006.

After his honorable discharge from the Army, Wally started a 38-year career with IBP/Tyson. He retired in 2003 at the young age of 56. Wally also farmed and raised livestock full-time for more than 40 years with his father in rural Crawford County before moving to Denison, Iowa in 1996. Many days he would start working before the sun came up and not quit until the sun set.

Even with his intense schedule, Wally found time to bowl, golf, socialize, and play slow-pitch softball for the Dunlap Blackshirts. He also served on the board of the Dunlap Golf Course. Wally was proud of his 3 career hole-in-ones. Faith played an important role in Wally's life. He served on the financial council and taught religion classes at St. Mary's Catholic Church in Dow City and was a current member of St. Rose of Lima in Denison. He joined the Knights of Columbus reaching the highest level of 4th Degree Knight and was selected to serve as Grand Knight. He also spent many hours volunteering at pancake breakfasts and flipping burgers at Monarch football games.

Wally grew restless after retirement and bought his first Harley Davidson going for rides with Susanne and numerous friends. He would also spend many hours on his immaculate lawn, riding his mower even more than his motorcycle. Wally also enjoyed keeping a close watch on his commodity and investment accounts. Most of all, Wally thrived on being part of the action. He loved people and people loved him. He kept up on the latest local news earning the nickname "The Mayor" by his family. When meeting someone new they usually could find someone they both had in common.

The family would like to thank Crawford County Hospice, the Denison Knights of Columbus and the Dow City American Legion Honor Guard for paying tribute to Walter.

To order memorial trees or send flowers to the family in memory of Wally Brummer, please visit our flower store.