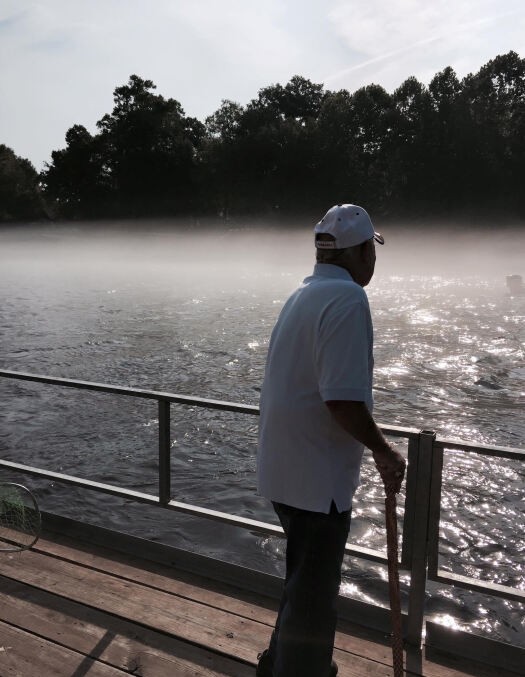 Warren moved to the Omaha area around the age of 11. Warren married Nadine Shields and to this union five children were born: Kathy, Brenda, James, Ronald and Warren II.

Warren enlisted in the United States Navy at the age of 17. He served during the Korean War on the USS Iowa. In 1953, while in the Navy, he won the Navy Batcaulant Boxing Championship for his weight class.  Warren was a Golden Gloves Boxer. In 1956, he won a Regional Olympic Tournament and went on to compete in the Olympic Trials.

Warren married Bobbie Speake on July 30, 1973. From this union came two children: Kaye and Gerry.  Warren worked for Electrolux and then AT&T, retiring from there in 1992. During retirement he worked for Hertz and H&R Block. In 1997, Warren and Bobbie moved to Moorhead, Iowa. While there he served as the treasurer for the city council.

Warren enjoyed camping, fishing, golf, playing cards and vacationing with the family. He was a die-hard Nebraska football fan. He also enjoyed spending time at his cabin in Minnesota. Warren always had a nickname for everyone.

Those left to cherish his memory are his wife, Bobbie of Moorhead; children, Kathy Carr of Colorado, Brenda Ford of Lincoln, Nebraska, Ronald Ford and Warren Ford II (Shirley) all of Omaha, Nebraska, Kaye Conn (Kief) of Papillion, Nebraska, and Gerry Ford (Melissa) of Omaha; 17 grandchildren; numerous great and great-great grandchildren; many nieces and nephews; and many other relatives and friends.

To order memorial trees or send flowers to the family in memory of Warren Ford, please visit our flower store.